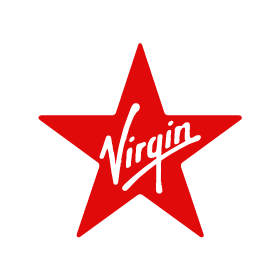 Virgin Group is a leading international investment group and a globally recognised and respected brand. Since first taking to the UK airwaves in 1993, Virgin Radio has grown to become a world famous commercial radio brand and one of the most widely recognised brands of the Virgin Group.

During the 1990s, Virgin Radio UK became a highly successful commercial radio station and was sold in 2000.

In 2001, the Virgin Group teamed up with an Asia-focused investment fund to launch Virgin Radio Asia. Radio stations were launched in China, India and Thailand between 2002 and 2006. On the back of its success in Asia, Virgin Radio Asia expanded its team and began preparations for expansion of its business outside Asia.

Virgin Radio Asia acquired a global remit in 2006, transforming into the company we are today, Virgin Radio International.

Although wholly owned by the Virgin Group, Virgin Radio International partners with leading media groups in North America, Europe, the Middle East and South East Asia which partners typically own the radio stations in each country. These media groups are attracted by the potential of the iconic Virgin Radio brand with its appeal to both advertisers and listeners and to Virgin's unique approach to maximising the performance of commercial radio businesses acquired from over 25 years of experience in the industry.

There are over 40 Virgin Radio stations globally, broadcasting in multiple languages and music-based formats, with over 25 million listeners worldwide, over 20 million social media followers and annual branded revenue of approximately US$150 million.